The downside of putting out updates that add tons of features is that inevitably some of those new features or changes to game play create unexpected side-effects. We call those things Kilgore of the deep but most people refer to them as "bugs". So 1.31 is a good old fashioned bug fix.

- fixed bug with planet quality bonus not being applied for home planet; I believe that we have now nailed all the bugs that caused a difference between the planet class and the number of useable tiles.

- fixed bug where the internal name of an improvement was not being restored from a save game, which would have caused lots of small, non-obvious problems.

- increased time-out limit for pathfinding algorithm so that it won't time out for really long distances; this should fix the bugs where ships would just stop moving, prevent mini-freighters from getting stuck if their destination planet is all the way across a gigantic galaxy, etc.

- ships will no longer be selected when they leave orbit, except when launched from the Info Icons

- 'free' (default) race abilities will no longer show up in the abilities listbox on the Customize Race Screen on the Abilities tab as it was unclear that these were free abilities and that choosing another option in that category would overwrite these changes rather than adding to them. However, these abilities bonuses will still be overwritten, and they will still show up on the Overview tab if they are not modified.
Dateiname: galciv2_131_bonuspack_091406.exe
Dateigröße: 42 MB 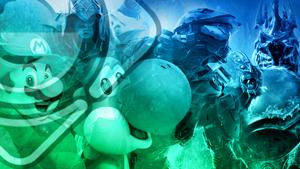